Skip to content
Share
Tweet
Share
Pin
0 Shares
Metasploit Framework may be a known creation and as you’ll say it’s a package platform for developing, testing, and executing exploits.
It has the ability to produce security testing tools and exploit modules and additionally as a penetration testing system.
But today, I’m progressing to install this Metasploit Framework in Android phones with the assistance of the Termux application in a simple manner. 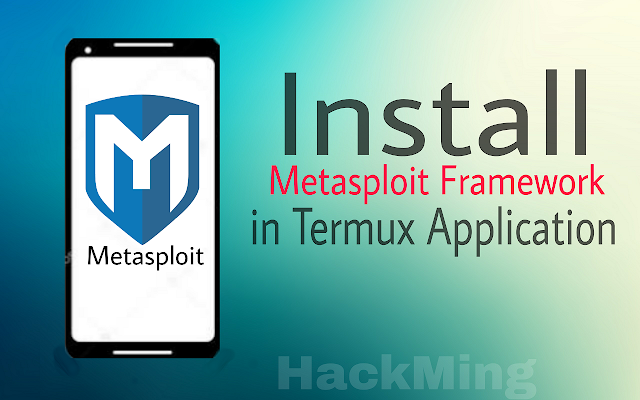 Before running the Metasploit Framework firstly you have to install the Termux Application from Google Play Store.
After that open the Termux Application and type the below commands step wise step.
Read Also: Red Hawk – Information Gathering & Vulnerability Scanner Tool
apt-get update: apt-get update really installs newer versions of the packages you’ve got. once you change the lists, the package manager is aware of concerning accessible updates for the code you’ve got.
apt-get install git: Like you guys, all know GIT is a free and open-source distributed version system designed to handle everything from little to terribly giant comes with speed and potency.
apt install clang: Well!!  it’s used for compiling the UNIX Kernel
apt-get install python2: This command is run to put in the Python2 in Termux App.
apt install curl: This command can facilitate to transfer of the information from a server using one of the supported protocols like FTP, FTPS, GOPHER, HTTP, HTTPS, etc

Type the below command to download the shell file of Metasploit.

curl -LO https://raw.githubusercontent.com/Hax4us/Metasploit_termux/master/metasploit.sh
ls: It’s used for seeing the files in the current directory.
bash Metasploit.sh: To understands and executes the commands when a user enters. In some systems, the shell is additionally referred to as a command interpreter.
msfconsole: This command is used to access the Metasploit Framework. 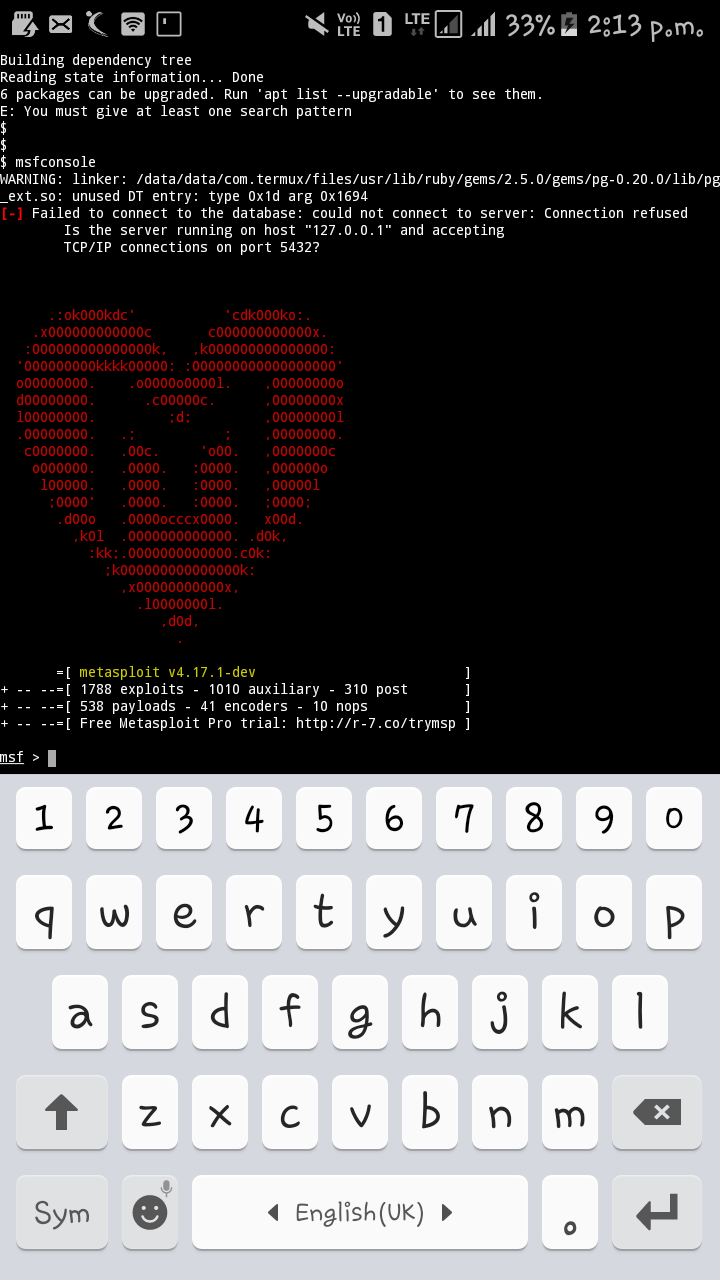 And here is a screenshot of my mobile as you can see I type msfconsole command and after a few moments, the heart-shaped Metasploit logo comes. It changes automatically whenever you log in.
If you like this post so please share this with your friends and if you guys want to know more about hacking or programming stuffs just mail me. I will definitely make an article.
Read Also: How to hack a Windows PC on Your Network With Kali Linux
Subscribe to my Newsfeed to get the latest post updates.
Share
Tweet
Share
Pin
0 Shares