Skip to content
Today we will discuss basic Linux commands list with example and syntax for Beginners Hey Guys How are you all? I hope you guys are doing well. I have got some e-mails from peoples to make a post regarding the basic commands which we can use in the Linux and termux and I think this post will be good for beginners.

Today’s topic helps you to understand the file systems as well as how we can manage it. So without wasting any time lets get started. 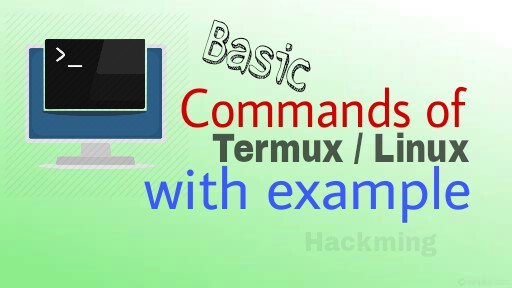 A Unix-like software system like Linux organizes its files in what’s referred to as a stratified structure. this implies that they’re organized in an exceedingly tree-like pattern of directories (sometimes referred to as folders in different systems), which can contain files and different directories. the primary directory within the filesystem is named the foundation directory. the foundation directory contains files and subdirectories, that contain a lot of files and subdirectories, and so on.

Ls -al: It will show you the detailed list of the directories and files. 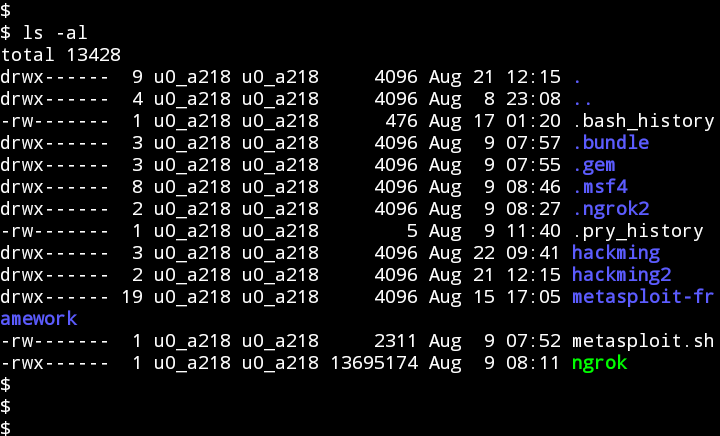 Ls -a: It is used to view hidden files.

Ctrl+d for Linux user and volume down+d for termux users.

The command which we are using for creating a file the same cat command is used for displaying the text contained in the file. 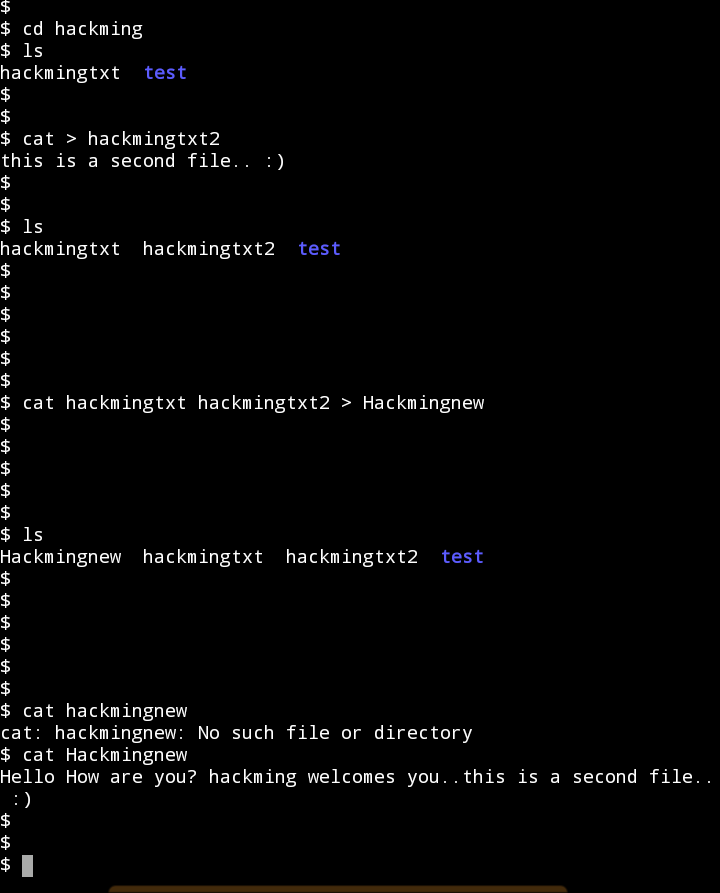 1. mkdir — Create Directories
Now we play with directories. To make a directory use mkdir command. I am making 2 directories here directory1 & directory2.

3. mv — Move and Rename Files:
The mv command performs both file moving and file renaming, depending on how it is used. In either case, the original filename no longer exists after the operation. mv is used in much the same way as cp:

To move one or more items from one directory to another

cmp performs a byte-by-byte comparison of two files like this.

comm command is used to compare two sorted files line-by-line as shown below.

ip command is employed to show or manage routing, devices, policy routing and tunnels. It conjointly works as a replacement for documented ifconfig command.
This command will assign an IP address to a specific interface (eth1 in this case).

nmap could be a well-liked and powerful open supply tool for network scanning and security auditing. it had been supposed to quickly scan massive networks, however, it conjointly works fine against single hosts.

The command below can probe open ports on all live hosts on the required network.

Grep Command searches for a specified pattern in a file (or files) and displays in output lines containing that pattern as follow:

This command can show all open ports on the native system:
$ netstat -a | more

Hi Friends. I hope you guys doing well. So, my previous post was about Hack an Android phone on Local Area Network But today’s post will take you to the…

In this Ultimate Guide, we’ve made a list of the best Termux commands list for beginners. You cannot run Termux without the Termux commands. You need to learn these Termux…

Metasploit Framework may be a known creation and as you’ll say it’s a package platform for developing, testing, and executing exploits.    It has the ability to produce security testing…

Hello Friends! I hope you are doing well. So, today’s topic is How to hack Android phone on LAN by using Metasploit and Termux application.   There are many…

Hi, friends. Welcome back! Today we will talk about How to create Metasploit Payload in Termux, but before starting this, look at my previous post, which is about Installing the…

In this Post, We will discuss about Routersploit and how we can use it for exploitation. So, basically Routersploit is an open-source exploitation framework for embedded systems. Table of Contents…