We didn’t connect Kali Linux to WiFi when we installed it on a desktop or laptop.

If we have a desktop computer, we can use the WiFi Adapters. Typically, this doesn’t need to install the disc. If required, we can go to the manufacturer’s website to look for Linux drives. Get a laptop and then try to follow it.

The laptop comes with WiFi onboard. Now it’s hard to load WiFi drivers and use the WiFi onboard chipset while installing it directly (not in Virtual Machines). 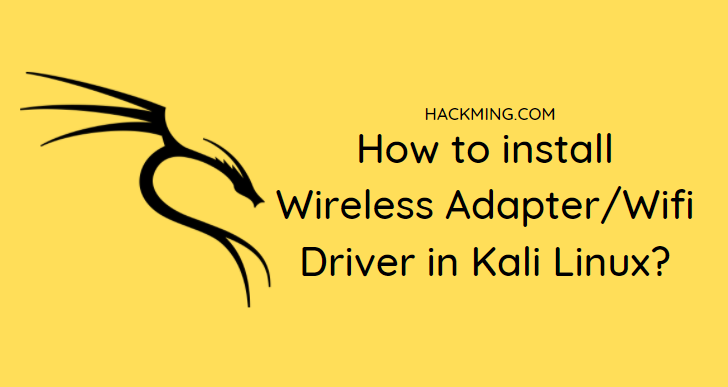 As a rule, beginners use the LAN cable for the internet or the external WiFi router (like the Alfa card). These techniques work well, but they specify the portability of a laptop computer.

Now we’re going to install a WiFi driver on our laptop. First of all, we need a good speed network link, either from a LAN cable or a mobile device using a USB connection.

After installing, use the git cloning command to clone the Broadcom Installer. Typically most laptops run with Broadcom WiFi drivers.

After cloning, we go to the folder using the cd command:-

Then, before running the automatic bash script, we grant it permissions to run using the following command:

Then we can run the bash script by adding the following command:

Now it’s going to show us some choices. Here we select (1) Install WiFi driver to install and set up everything for us automatically.

It will take some time depending on the efficiency of our device and the speed of the internet.

Please sit back and have a coffee, because it’s sure to take some time.

This script will restart our PC after the installation is finished. So don’t worry if it starts again immediately.

After reinstalling again, the WiFi connectivity will be in the top right corner, and now we can link our PC to the WiFi network with a password.

How to install Kali Linux on VMware Workstation?

How to install Kali Linux in USB Pen Drive?

How to install Kali Linux on AWS Server | 10 Easy Steps

How to do DDoS Attack in Kali Linux?

How to install wireless adapter in Kali Linux VMware?

During the sequence, we will use the following configuration.

During the series, we will use the following configuration.

Setting up an Alfa card on Kali Linux is pretty straightforward. Kali Linux comes with all the drivers needed by any Alfa card to activate packet injection and packet sniffing.

Please follow the directions to set up your card step-by-step:

1. Plug your Alfa card into your laptop and go to VMWare. Click on the VM Tab on Windows VMWare and navigate to Connect (Disconnect from the host)

2. Here, person. Host in our windows where our Virtual Machine is running. To attach and access the virtual machine’s Alfa card, we need to disconnect it from the host device (Windows).

4. As you can see, wlan0 is a wireless device for the Alfa card. Now type in: ifconfig to verify the latest interface status.

5. When you run ifconfig, it displays only specific interfaces that are up and running by default. Here Wlan0 is also not up, so we need to use this syntax to make it up: Ifconfig “Interface name.”

7. The MAC address 00:c0:ca:3b:34:00 should fit the MAC address written on your Alfa key. It is a short scan to ensure that the correct interface is enabled. In case you are using an alfa card installed directly on your PC on Kali Linux.

We will now verify if your Alfa card is working correctly, search and detect access points to ensure that we do not face any problems related to scanning in the future.

Follow these steps to link your wireless adapter to the connection point:

Let us search for the first time what APs our alfa card is currently detecting. Type of terminal: Wlan0 scan of iwlist. You’re going to have a similar output. 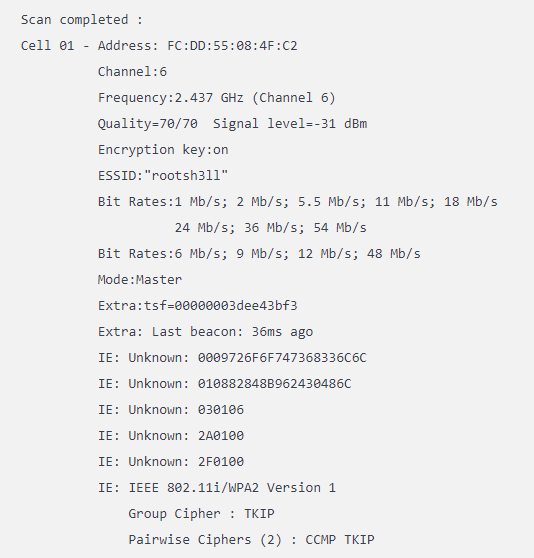 You’re curious about what this order means? We told the Alfa card (wlan0) to check the air for the available access points using the iwlist order, and in response, we got a big cluttered production.

Then we used to pass the complete output to the grep command using the Pipeline operator(‘|’) to filter the result for the word ESSID.

The grep command tests the output line by line and the echo back of the line containing the ESSID string on the screen.

How to install wireless adapter in Kali Linux VirtualBox?

I’ve been doing a course recently that requires both Kali Linux and a wireless adapter that supports both “monitor” mode and “packet” mode.

Anyway, I thought I’d post this brief writing about how to do this, like installing a USB wireless adapter in Kali, because it has issues with it.

Now, if you are trying to list the USB devices connected to the computer, you can get a list as seen below:

If you are now running the following commands, you can see the identified adapter:

Then you should go ahead and update your MAC address and turn your network adapter to control mode, for example:

So this is the first time you install it, and you’ll find that even though you restart Kali, the adapter is not accepted, and your iwconfig commands don’t return some value. Only follow the steps below to get around this simple:
sudo systemctl restart network-manager
Iwconfig
I hope you will understand how to install WiFi adapter in Kali Linux whether it is in VMware or VirtualBox. If there is any query regarding this you can comment down below. Thanks!
Share
Tweet
Share
Pin
0 Shares