You may think, “How to use Python on Chromebook?” There are a number of web-based applications, but most operate if the programme contains only Python script. They prefer to restrict the use of certain Python libraries.

Since Chromebooks first arrived on the market, consumers mainly used the Google Chrome browser, with so much of the applications and data on the cloud. Local capacity is comparatively smaller than most of these devices, with just a few GB of space on the SSD.

With a few further advancements, the Chrome OS (Primary OS for Chromebooks) will now support Android and Linux applications. It improved its capabilities, and it could handle more functions than those involving remote computing. 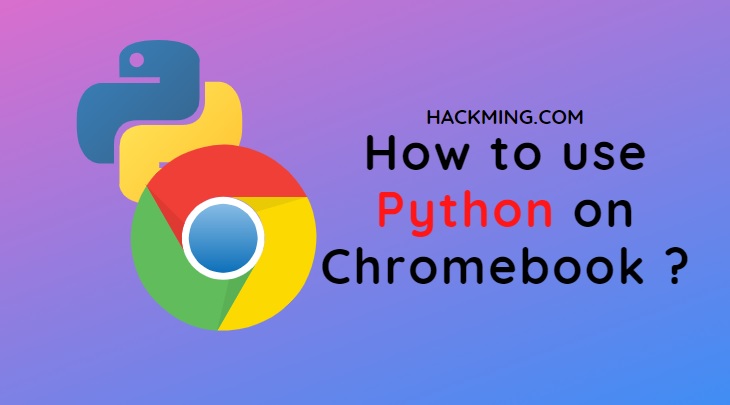 If you’re reading this article, you’re possibly a developer or user attempting to run an application that requires Python —  a high-level and general-purpose programming language. Happy for you, we’ll give you the various methods you can use to run Python on your Chromebook, considering whether or not your Chromebook has support for Linux or Android applications.

Run Python on a Chromebook

Now let us look at most of the techniques you will use to get Python running on your Chromebook.

The most recent releases of Chromebooks support Linux applications. However, Linux is not enabled by default.

To understand how we’re going to run Python, we first need to know how Linux apps run on Chrome OS.

By allowing Linux from the Settings window, you run the Debian Virtual Machine on a Chrome OS. Debian is a widely known Linux distribution with more than 59,000 packages. Fortunately, one of them is Python.

Execute one of the commands below on the console to get started and see if Python is installed.

If you get an outcome like that in the picture below, it’s a good idea to go. However, if you get a “-bash: python: command not found” error, you need to install Python.

How to install python on chromebook?

To install Python3.8, perform the commands below:

When Python Shell extension installed, continue to open it from the Extensions Manager. You’ll see a tiny pop-up window on your browser where you can perform your Python script.

This approach is practical because and can use it in all releases of the Chromebook. Whether or not they support Linux applications.

Another option you can run Python on your Chromebook is by using the Chrome Skulpt Interpreter tool. Skulpt is an entirely in-browser implementation of Python.

When you write the program, it will entirely execute it on your browser. Please use the following link to download Skulpt Interpreter.

Once installed, continue to open the Skulpt Interpreter from the Apps menu.

That was it! There are three ways you can run Python on your Chromebook.

Wrap Up on Python on Chromebook

If you’re passionate about Python programming with your Chromebook, I’d suggest you go for Linux. You can also use external libraries that may not fit with Python extensions as well. Which kind of method did you find fascinating? Or how are you going to run Python on  Chromebook? Please feel free to share this in the comments below.